The “Agreements” division is responsible for concluding and implementing intergovernmental agreements on the coordination of national social insurance systems. Switzerland has concluded social insurance agreements with over 40 countries. The most important and most comprehensive is the Agreement of the Free Movement of Persons with the EU (Annex II), which links us to the EU Member States and is based on European coordination law. Moreover, there are numerous agreements with individual countries.

The conclusion of agreements serves to prevent the persons affected being disadvantaged in international matters such as the loss of entitlements or double contributions. With this purpose in mind, they govern – among other things – equal treatment with members of the other contracting state, definition of the applicable law (affiliation) and exports.

The division is also responsible for implementation, e.g. concluding special agreements or organising administrative assistance for international social insurance institutions. It is the contact partner for international offices that encounter problems in applying the agreement and ensures uniform implementation of the agreement regulations within Switzerland. Furthermore, it monitors developments in international law (incl. EU law and jurisdiction of the European Court of Justice) and assesses them in terms of their impact on Switzerland. The division also ensures that Swiss legal projects do not conflict with EU coordination law.

1.1 Swiss-EU Agreement on the Free Movement of Persons

On 1 June 2002 the Agreement with the EU on the Free Movement of Persons entered into force. Annex II of the Agreement sets out the provisions governing the coordination of the social security systems of Switzerland and EU Member States. It refers to the coordination provisions which apply within the EU, i.e. the Regulation (EC) No. 883/2004 (similar to a social security agreement) and Regulation No. 987/2009 (implementing regulation). The aim of these provisions is to guarantee the right of individuals to live or take up employment in another country without being penalised by its social security legislation.

In Switzerland the agreement applies to all cantonal and federal legislation on the following branches of social security: sickness, maternity, invalidity, old age, death (survivors' benefits), occupational accidents and diseases, unemployment and family benefits. The agreement likewise applies to the same branches of the social security system of each EU Member State.

The agreement covers Swiss nationals and citizens of EU Member States who are or were  insured in the EU/Switzerland, as well as refugees and stateless persons. Their family members and survivors are also covered by the agreement.

The agreement determines in which country individuals must pay their social security contributions. They are subject to the social security obligations of a single country only, even if they work in several countries. Special rules apply to certain workers, e.g. posted employees who temporarily work for a Swiss employer in a contracting State (cf. posting brochure).

Otherwise, they are subject to the national social security system to which they had been subject for the longest period of time.

a. Old-age and survivors' insurance

On reaching retirement age or in the event of invalidity, individuals who have worked in several States receive a partial pension from each of these States, insofar as they have paid social security contributions for at least one year in each State. In the event of their death, pensions are granted to their survivors. It should be noted that if the minimum period of insurance in one or several of these States has not been completed, periods completed in the other States are taken into account. Entitlement to a Swiss old-age and survivors' pension falls due if the Swiss minimum insurance period (one year) and other relevant entitlement criteria are met.

Pensions must be paid out in any country of residence.

As a general rule, anyone who satisfies the relevant entitlement criteria (payment of contributions for at least one year and completion of the minimum period of insurance, taking into account insurance periods accumulated in other contracting States), receives a (partial) invalidity pension from the given country insofar as they are considered as disabled under the terms of the given national legislation. Like the old-age pension, an invalidity pension may also be paid out abroad.

All individuals with sickness insurance cover in one country are entitled to medical care in the event of illness or a non-occupational accident even if they are permanently or temporarily resident in another country. They receive the same treatment as if they were insured in the country of stay. Either the competent institution in that country pays the costs of the treatment, which it later bills to the competent sickness insurer or the individual personally covers the costs and is subsequently reimbursed. Cost participation depends on the regulations of the country where the treatment is dispensed.

The victim of an occupational accident or an occupational disease receives benefits from the competent insurer. If the accident occurs in another State, the person receives the same curative treatment as if (s)he had accident insurance cover there. In relation to occupational diseases, the resulting benefits must be paid by the contracting State where the individual had most recently come into contact with the harmful material in the course of his/her work.

cf. State Secretariat for Economic Affairs (In German, French and Italian only)

Under the revised EFTA Convention of 21 June 2001 (in effect since 1 June 2002), relations between Switzerland, Iceland, Liechtenstein and Norway are governed by similar regulations as those set out in the Swiss-EU Agreement on the Free Movement of Persons.  It refers to the coordination provisions of the Regulation (EEC) No. 1408/71 (similar to a social security agreement) and Regulation No. 574/72 (implementing regulation)Certain exceptions apply to relations between Switzerland and Liechtenstein.

The Agreement with the EU on the Free Movement of Persons prevails over the Agreement concerning Social Security for Rhine Boatmen.

Switzerland has concluded bilateral social security agreements with various countries outside the EU and EFTA. These agreements fall into two categories: “full” and “secondment” agreements. The first coordinate social security benefits, while the second exclusively govern the posting of workers to another contracting State and the reimbursement of contributions.

Some former bilateral agreements with the EU and EFTA States continue to apply to third-country nationals who do not fall within the personal scope of the Agreement on the Free Movement of Persons concluded with the EU or the EFTA Convention.

The fundamental principle governing all these agreements is that of equal treatment. Anyone residing or working in a contracting State should be subject to the same obligations and enjoy the same benefits under Swiss legislation as Swiss nationals do, and vice versa.

The agreements determine in which country individuals must pay their social security contributions. The purpose is to prevent a situation whereby a person who lives in one State but works in another State or in both States must pay contributions on the same income in both states. All of these agreements are based on the place-of-employment principle. Special rules, however, apply to certain types of worker, e.g. workers posted temporarily by their Swiss employer to another state (cf. Posting fact sheet (excl. EU/EFTA)).

These agreements aim to ensure that individuals who have paid social security contributions receive the benefits to which they are entitled should an insured event occurs.

a. Old-age and survivors’ insurance

There are two types of invalidity insurance agreements. The first operates according to the pro-rata principle, i.e. an individual who has accumulated periods of insurance in both contracting States receives a partial pension from each State insofar as they satisfy all other requirements. The second operates according to the risk principle, i.e. an individual receives a pension from the contracting State where they were insured prior to the onset of invalidity. If the invalidity occurred in Switzerland, the calculation of the Swiss invalidity pension is based on the periods of insurance met in both Switzerland and the other contracting State. If the invalidity occurred in the other contracting State, the calculation of the pension granted by that country is likewise based on the periods of insurance completed in Switzerland too. Special rules apply to individuals who were paying social security contributions in a third State when the invalidity occurred. The agreements guarantee that pensions acquired in one country can be paid out in another country (partner States and, in most cases, third States).

Accident insurance agreements govern mutual benefits assistance. For example, someone who is insured in Switzerland but suffers an accident abroad is treated in the given country as if they had been insured there. The costs are later billed to the accident victim’s insurance provider. Some of these agreements also contain special provisions on the disbursement of benefits e.g. when a person suffers from an occupational illness as the result of exposure to harmful material while working in both countries.

As a general rule, agreements apply exclusively to Swiss family allowances granted to workers in the agricultural sector, as these are subject to federal legislation. In the other contracting State, the regulations not only cover allowances both for agricultural workers and for other groups of beneficiaries. The agreements entitle a person who is gainfully employed in one country to family allowances in that country even if their child resides in another country.

Secondment agreements determine the national legislation to which the posted worker is subject. The purpose of these agreements is to ensure that an individual who is posted to a contracting State by an employer headquartered in the other contracting State pays social security contributions in only one of the two contracting States (cf. Posting fact sheet (excl. EU/EFTA)).

Secondment agreements apply to all employees, regardless of their nationality, who are temporarily posted to one contracting State by an employer who is headquartered in the other contracting State.

Information about the social security agreements

The FSIO is responsible for  preparing and overseeing the implementation of international treaties that fall within the scope of its responsibilities, and  of cantonal family allowances. It also performs the same functions in relation to social security agreements between Switzerland and the EU/EFTA.

The FSIO prepares all drafts and other documents required for the agreement negotiations, conducts preliminary talks with representatives of foreign governments, and handles the negotiations proper when mandated by the Federal Council to do so. It also prepares the documents required for the parliamentary approval procedure which follows the signing of the text of the agreement (i.e. it drafts the Federal Council dispatch to the two parliamentary chambers). It also negotiates the administrative arrangements in relation to the agreements and international forms.

Furthermore, it formulates the necessary administrative instructions for the relevant insurance providers (e.g. the OASI Compensation Offices), and ensures that the agreements, as well as the legal provisions, are implemented correctly. 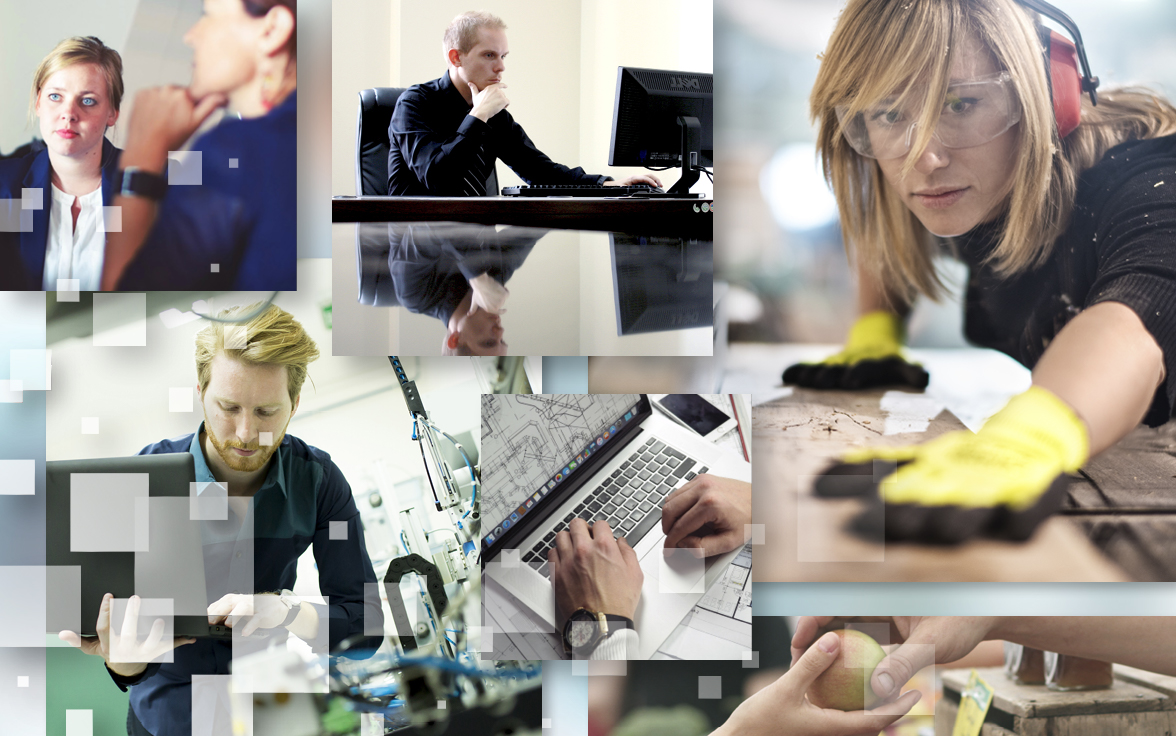 Information about the social security agreements